To cover as many users’ requirements as possible our cluster is built on three kinds of nodes. All nodes have the same base configuration:

As specified above in the base configuration. 256 of the slim nodes have 400 GB SSD.

As the base configuration except that each node contains 2 nVidia K40 GPU cards each with 2880 CUDA cores, and 12 GB RAM. The theoretical performance for each K40 is 1.43 TFlop/s. 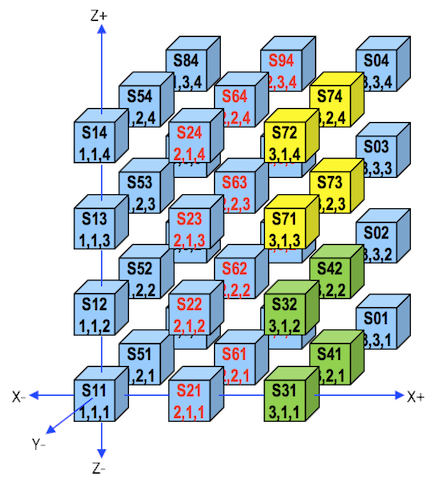 The storage nodes are connected to all the switches in the s2x, s6x and s9x columns.

If possible, the job scheduler (Slurm) packs jobs such that the nodes used are as closely connected and are on as few switches as possible. If you use at most 16 nodes (slim and fat nodes) or 18 nodes (GPU nodes), it is possible to schedule the job such that all nodes are on the same switch. For more information, look at our Slurm.

All compute nodes have a local SSD disk which can be used for local storage during computations. On top of this users can use our network storage which is a Lenovo GSS26 system running GPFS.

Except for the local node storage, all user accessible nodes can access all file systems mentioned below.